Preservation and growth and development of Indian indigenous breed of cows

Cow has been given a sacred place in India since the ancient times. Cow is not only an animal that gives us milk. It has been given an important place in every stage of the development of human life and the Indians believe that a cow is the abode of the gods. But cow is being branded as a milk vending machine thanks to the foreign mentality. The greatness of the cow is disappearing because of this mentality. Cows are being considered only as a source of milk and the Indian breed cows are being neglected. Because of this, Rashtrotthan Parishat is managing a GoShala for the preservation and growth and development of (indigenous) Indian cow breed in “Shri Madhava Srushti’ near Shri Ghati Subramanya nestled near Doddaballapur

There is an emotional attachment between the land, forest and indigenous cows. Based on this fact, Rashtrotthan Parishat has undertaken a plan to grow forests in the 20 acre land in Goshala. This plan is named “Brindavan”. 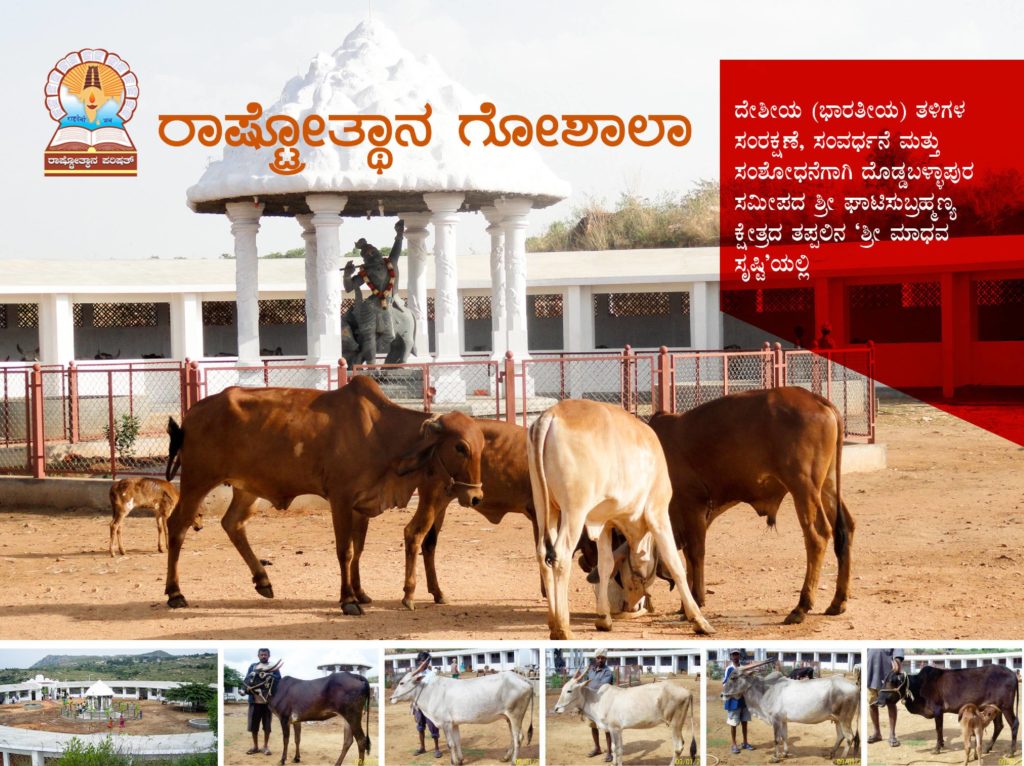 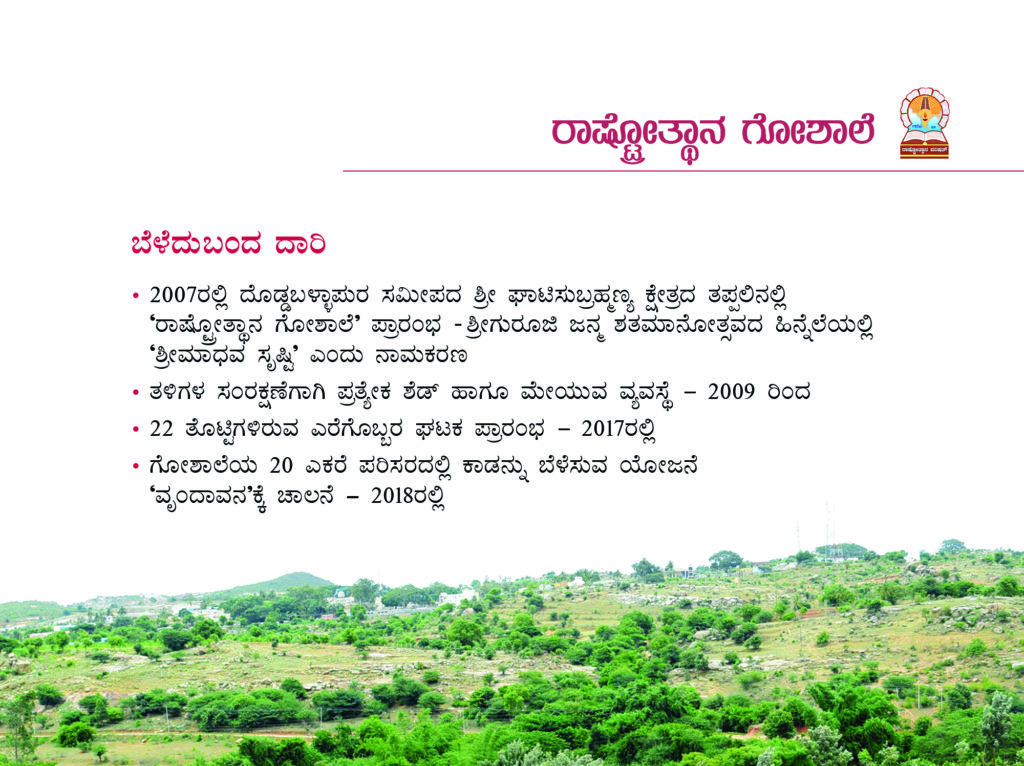 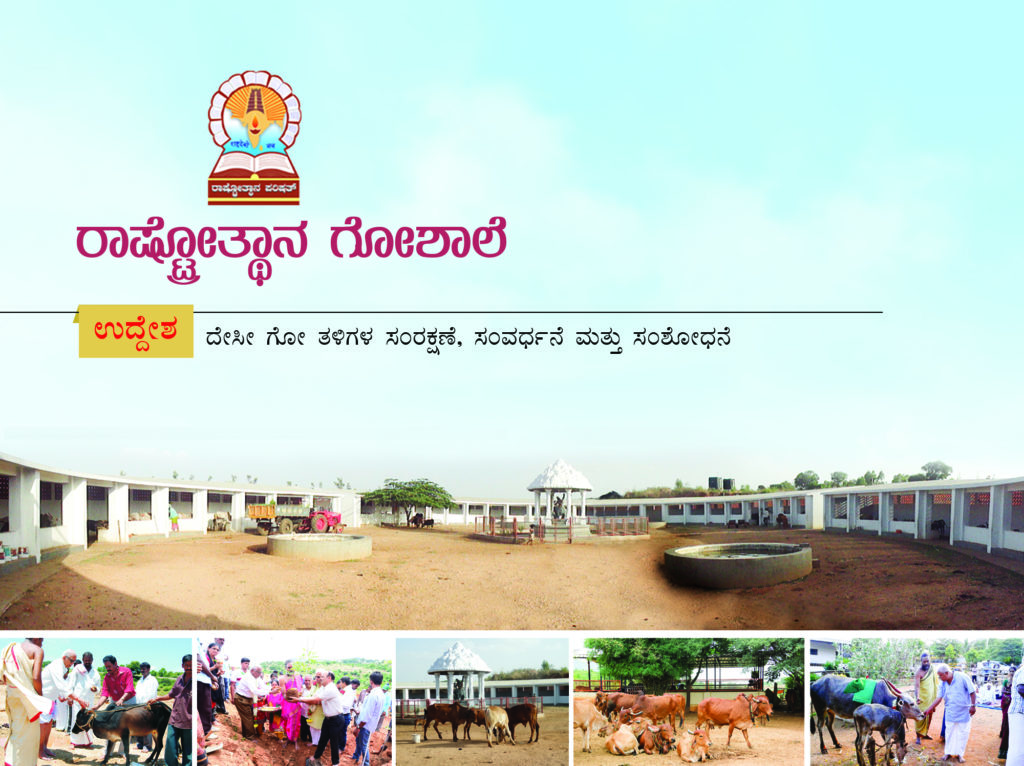 We Need Your Support